Sign up to receive news and updates from GHTC. 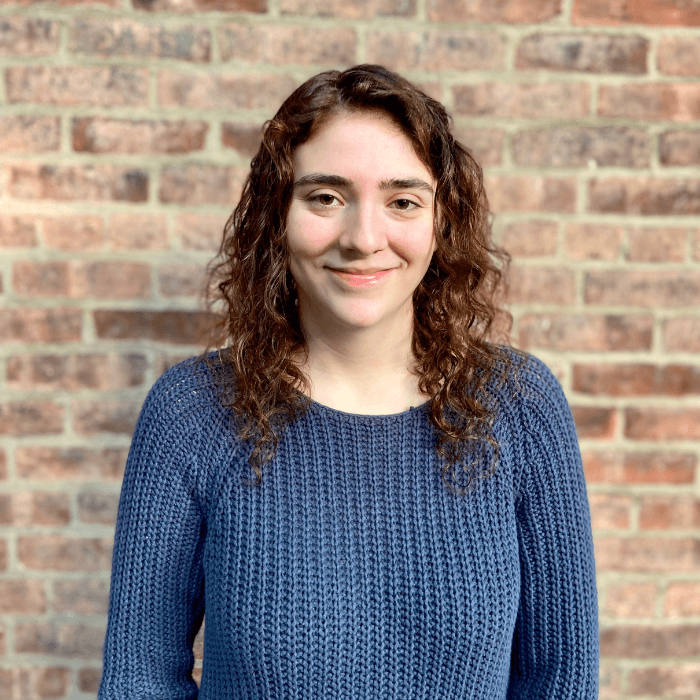 Prior to joining GHTC, she received her BA in International Relations and Community Health from Tufts University in Medford, Massachusetts. During her time at Tufts, she interned with Friends of the Global Fight against AIDS, TB, and Malaria; GBCHealth; and the Center for Women’s Health and Human Rights at Suffolk University. On campus, she was involved in political and social advocacy groups. In her free time, Hannah enjoys cooking with friends and supporting live music.

How much do you know about combatting neglected tropical diseases (NTDs)? In recognition of World NTD Day on January 30, GHTC is testing our readers' knowledge of NTD innovation.

Written by Hannah Sachs-Wetstone / GHTC
Read time: 5 minutes
Neglected tropical diseases (NTDs) are a group of infectious diseases that exert a crushing burden in vulnerable communities around the world. These diseases blind, disable, and disfigure people, robbing them of health and opportunity and trapping them in poverty. While breakthroughs in recent years have brought new resources to the fight against NTDs, significant gaps remain in the arsenal of tools needed to control and eliminate these diseases. In recognition of World NTD Day on January 30, GHTC is testing our readers’ knowledge with nine questions about NTD innovation. See if you can beat our quiz below and join the fight to #BeatNTDs and #EndTheNeglect.
PMI

Written by Hannah Sachs-Wetstone / GHTC
Read time:
Interested in more global health innovation news? Every week GHTC scours media reports worldwide to deliver essential global health R&D news and content to your inbox. Sign up now to receive our weekly R&D News Roundup email.The Coalition for Epidemic Preparedness Innovations (CEPI) last week announced US$2 million in funding for American pharmaceutical company, Tiba Biotech, which has developed promising RNA technology that could make the development of mRNA vaccines targeting Disease X (a pathogen with pandemic-potential that has yet to be identified) cheaper, more effective, and more tolerable. While mRNA vaccines for COVID-19 have successfully been administered globally, limitations including side effects and ultra-cool cold chain storage requirements hinder their effectiveness and accessibility. This first round of funding will support the development of a vaccine candidate for Japanese encephalitis. If that candidate is successful, this technology could lead to the development of a variety of Disease X vaccine candidates to be included in CEPI’s library of vaccines as part of the 100-day plan to speed up vaccine development and rollout after the emergence of a disease threat.Last week, the World Health Organization’s (WHO’s) Africa Region declared the end of the recent outbreak of Sudan ebolavirus. WHO is expected to convene Ebola experts to discuss how to move forward with the plans to trial three experimental vaccine candidates that target the Sudan strain responsible for the recent outbreak. The trial was aimed at ensuring both study groups received protection from a vaccine (one group after a time delay) and generating data about the potential of these candidates, which is much needed, as there are no approved vaccines targeting Sudan ebolavirus. Finding a new strategy for testing the vaccine candidates will be challenging because the Sudan ebolavirus is rare and with limited cases, and therefore it would be difficult to obtain enough data to prove safety and efficacy, especially for all three candidates. One potential path for continuing the trial is testing efficacy on non-human primates and then more extensive testing of safety and immune response in healthy human volunteers.Last week, the Respiratory Virus & Microbiome Initiative was launched, in collaboration with the UK Health Security Agency and funded by the Wellcome Sanger Institute. The initiative will track the evolution of a variety of respiratory pathogens including SARS-CoV-to improve viral monitoring in the UK and enhance the country’s ability to quickly identify the emergence of new viruses. There is additional hope that this work will ultimately generate much-needed knowledge about the viral families behind common diseases, as well as spur the development of vaccines and therapeutics for these viruses. This initiative comes after the COVID-19 pandemic led to viral sequencing efforts around the world that helped guide responses and detect new variants and led to the development of diagnostics and vaccines.
PATH/Tom Furtwangler

Written by Hannah Sachs-Wetstone / GHTC
Read time:
Interested in more global health innovation news? Every week GHTC scours media reports worldwide to deliver essential global health R&D news and content to your inbox. Sign up now to receive our weekly R&D News Roundup email.The AMR Action Fund has announced its second investment, this one of $US7.5 million in European biotech company BioVerys, which is developing an antibiotic (about to enter phase 2 trials), to combat hospital-acquired pneumonia, pneumonia associated with ventilators, and blood stream infections originating from pneumonia. The investment underlines the fund’s role in filling massive gaps in the need for new antibiotics to address the growing challenge of antimicrobial resistance (AMR). The fund, which was created by several of the world’s largest drug companies, works as a venture capital fund with the goal of generating four new antibiotics over ten years. It first invested last year in two small American biotech companies also working towards therapies that can address drug-resistant infections.The Pan American Health Organization has confirmed that vaccine-derived poliovirus type 2 has been detected in wastewater samples in Canada, joining the United States, the United Kingdom and Israel as high-income countries that have detected the virus in wastewater. The Canadian National Microbiology Laboratory, which detected the virus through retrospective wastewater tests, will test archived samples from September and October 2022 through the end of February 2023 to obtain more details about the spread of the virus. This news comes as a reminder that as we enter 2023, new polioviruses, including vaccine-derived poliovirus type 2, continue to emerge around the world.In the midst of China’s severe COVID-19 outbreak, the World Health Organization’s (WHO’s) Director General Dr. Tedros Adhanom Ghebreyesus is expressing concern about possible underreporting and underrepresenting of data, and urging the country to use all available COVID-19 vaccines, including mRNA vaccines that have been shown to be more effective than Chinese-made COVID-19 vaccines. This concern comes following the release of a report by WHO’s Technical Advisory Group on Virus Evolution that found, through working with the Chinese Center for Disease Control and Prevention, there have been no new variants circulating in the country. Full and transparent data sharing on cases, deaths, hospitalizations, and comprehensive, real-time viral sequencing are essential for WHO’s efforts to carry out risk assessments for China and around the world, as well as to understand the evolution of SARS-CoV-2 and the emergence of mutations of variants of concern.
PATH/Matthew Dakin

Written by Hannah Sachs-Wetstone / GHTC
Read time:
Interested in more global health innovation news? Every week GHTC scours media reports worldwide to deliver essential global health R&D news and content to your inbox. Sign up now to receive our weekly R&D News Roundup email.The World Health Organization (WHO) recently added Indian company Hetero’s generic version of Paxlovid (Pfizer’s COVID-19 antiviral) to its prequalification list. Hetero also announced a licensing agreement with the Medicines Patent Pool to manufacture and sell the generic version in low- and middle-income countries. WHO’s inclusion will hopefully improve access for the drug, which the agency has strongly recommended for the treatment of high-risk patients with mild and moderate COVID-19, but which has been largely inaccessible to patients in low- and middle-income countries.Recent findings published in the New England Journal of Medicine found that initial results from two phase 2 clinical trials showed that two vaccines (Ad26.ZEBOV (Ad26) followed by MVA-BN-Filo (MVA) 56 days later and rVSVΔG-ZEBOV-GP (rVSV)) given with or without a booster dose 56 days later) against the Zaire strain of Ebola virus are safe and well-tolerated in adults and children. Both vaccines produced antibody responses as soon as two weeks after administration of the first dose that lasted for at least a year. As part of the PREVAC study in West Africa, these trials aim to assess the safety and efficacy of different experimental vaccine regimens for Ebola Zaire vaccines in order to reduce the high mortality associated with Zaire outbreaks.An innovative, new vaccine for HIV developed by the Scripps Research Institute in collaboration with the Fred Hutchinson Cancer Center, the International AIDS Vaccine Initiative, and the US Institute of Allergies and Infectious Diseases, among others, has demonstrated promising results in its first immunogenicity trial in humans. In response to HIV exposure, the vaccine, called eOD-GT8, is designed to induce a type of broadly neutralizing antibodies that can block a specific part of the virus that is needed for it to enter certain cells. While extensive further research and many further challenges remain, the recent results do demonstrate the potential of a complex and innovative approach.
PATH/Christopher Nelson

A year in review: The global health innovation stories that shaped 2022

GHTC is reflecting on the biggest global health innovation stories of 2022.

Written by Hannah Sachs-Wetstone / GHTC
Read time:
Interested in more global health innovation news? Every week GHTC scours media reports worldwide to deliver essential global health R&D news and content to your inbox. Sign up now to receive our weekly R&D News Roundup email.Last week, Medicines for Malaria Venture and the Africa Centres for Disease Control and Prevention (CDC) signed a memorandum of understanding for providing technical support to African manufacturers for the development of antimalarial drugs. The support is aimed at helping improve the quality of antimalarial products to meet World Health Organization’s (WHO’s) standards in order to increase the use of locally produced drugs and make them eligible for bulk procurement by global institutions, as well as to address the high burden of malaria on the continent. This effort is also part of a wider initiative to increase African manufacturing after COVID-19 uncovered the risks of the continent’s over-reliance on imported drugs. The Bill & Melinda Gates Foundation and the Coalition for Epidemic Preparedness Innovations (CEPI) are investing US$30 million in Aspen Pharmacare Holdings Limited to support the manufacturing of routine and outbreak vaccines for Africa. Through a ten-year agreement with the Serum Institute of India, Aspen will use the investment to manufacture and distribute the routine Pneumococcal, Rotavirus, Polyvalent Meningococcal, and Hexavalent vaccines, as well as support technology-transfer activities and build regional vaccine manufacturing capacity for potential future outbreaks. The investment underlies a wider effort to ensure vaccine manufacturing capacity and supply of affordable vaccines on the continent. Joining a growing call for action in response to the increasing threat of antibiotic resistance, WHO recently published the Global antimicrobial resistance and use surveillance system (‎GLASS)‎ report: 2022, which identified a high level of antibiotic resistance in bacteria that can cause fatal bloodstream infections and an increasing level of resistance in bacteria that can cause common infections. The report echoes a wider concern about the need for the development of new antibiotics for newborn babies to address the up to 570,000 deaths and estimated three million cases of neonatal sepsis each year, many of which occur in the absence of effective antibiotics due to rising antimicrobial resistance.